The construction of the Tower of Béla Figure 1. The Tower of Béla - In homage to Bela Julesz by Daniel Scott Matthews

This article requires the use of Red-Blue(Cyan) 3D, Anaglyph glasses. 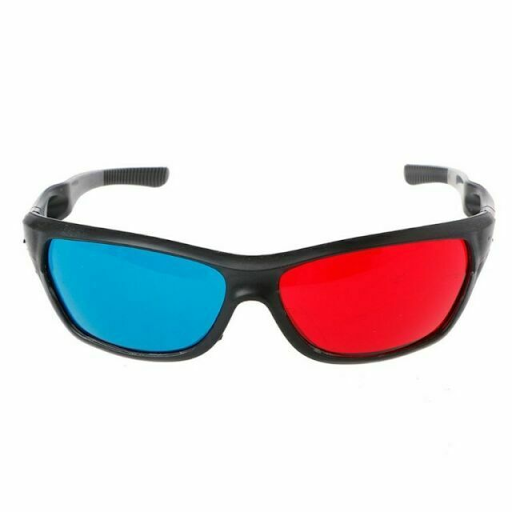 All artwork produced on an Intel based desktop PC running the LinuxMint (Debian) operating system, including the GIMP, Inkscape, G’MIC and Blender software packages, all of which are free open source software (FOSS). 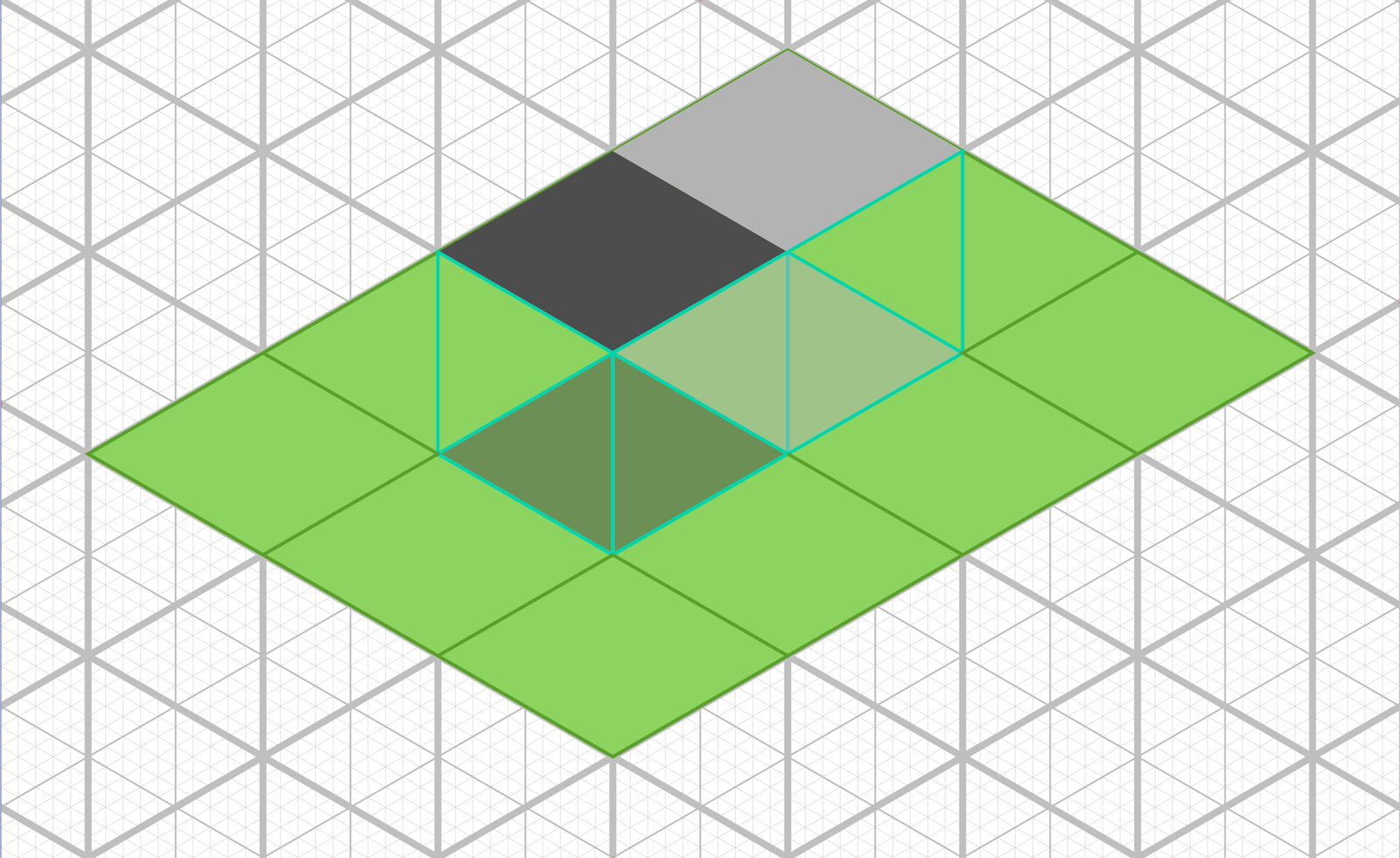 What is the minimal image? Two pixels with differentially encoded values (two bits) on a field of not image (ten bits) with a minimum of 3 states required (ternary), however if we ignore the not-image we need only two bits in a binary system, but if we wish to encode depth where are we going to store that information in the visual signal? In the anaglyph the depth of an area of the image (smallest recognisable shape) is encoded as a displacement of that shape’s representation in one channel compared to the others. Red is displaced relative to the information in Green and Blue. The rule is, red to the right recedes. 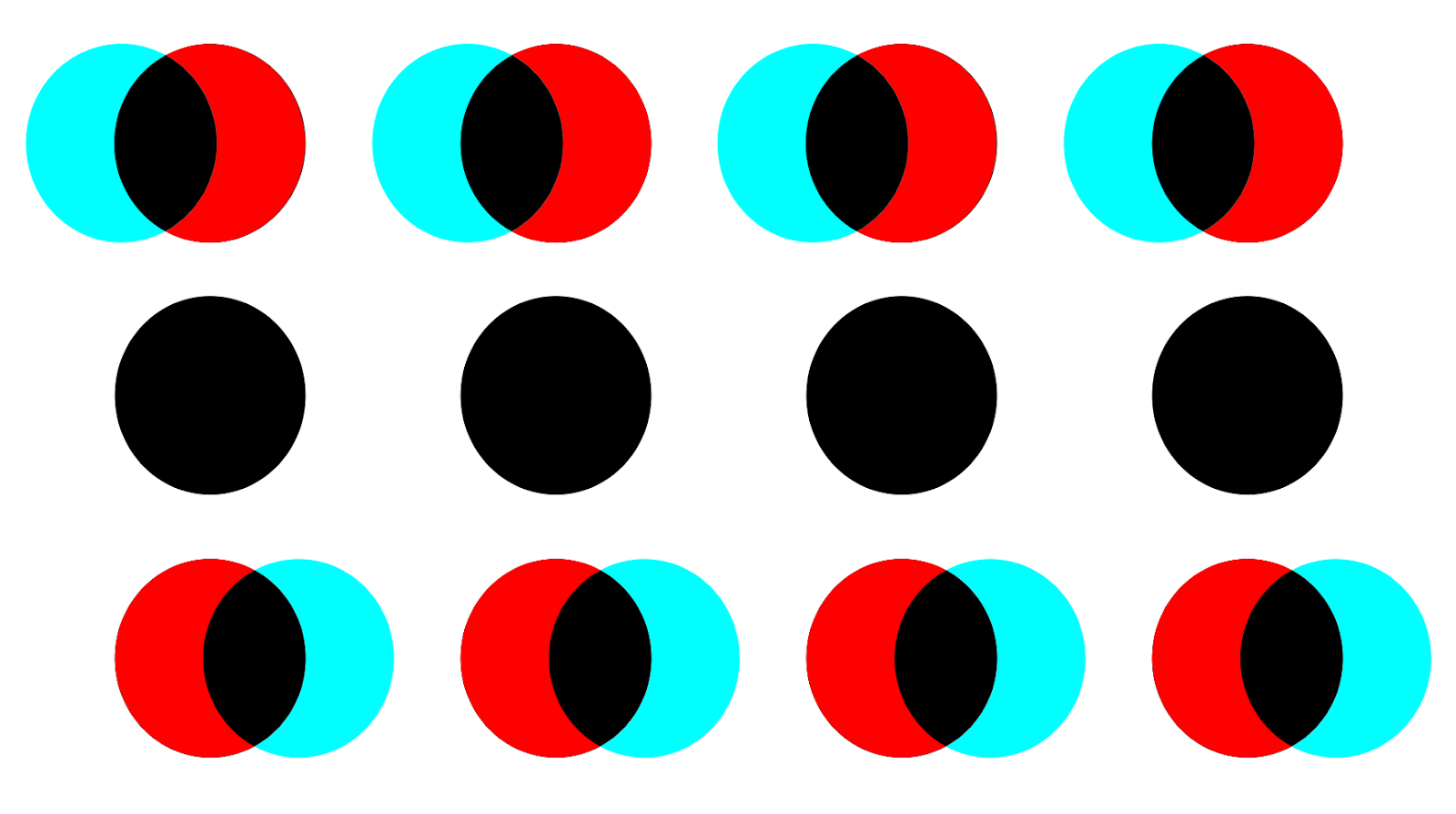 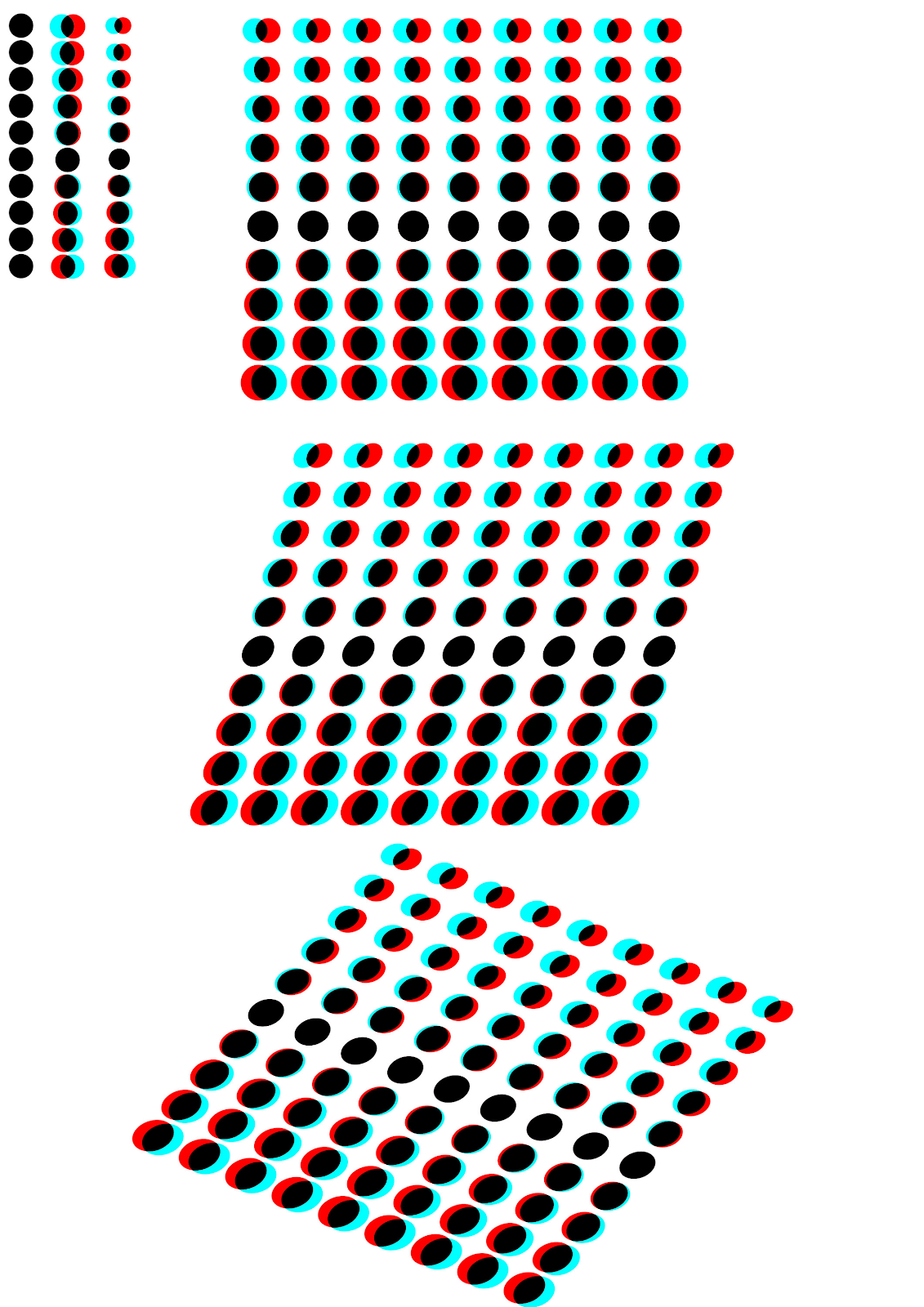 Figure 3. The minimal anaglyph image as a single dot, combined into the line and the plane. Figure 4. An example of Matthews’ illusion, artwork by the discoverer Daniel Scott Matthews, where the brain compensates for the lack of perspective in the anaglyphic space by judging the brush stroke that has receded into the page (right hand side) as being taller to explain why its top and and bottom are aligned with strokes that are perceived as closer due to the anaglyph effect (left hand side). 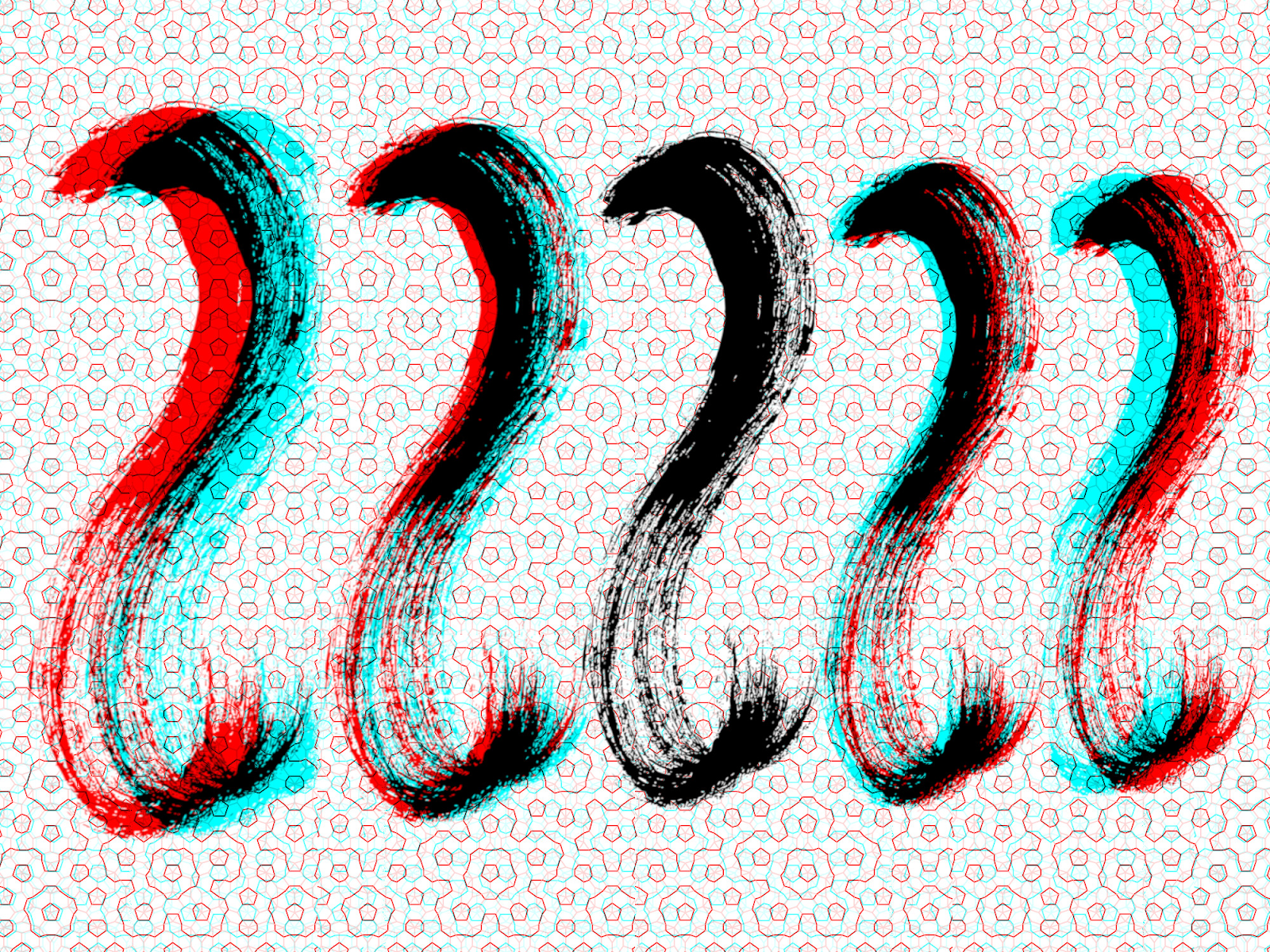 Figure 5. A size corrected version of Figure 12 where the scaling of the brush strokes is proportional to their position relative to the page plane according to the anaglyphic encoding. 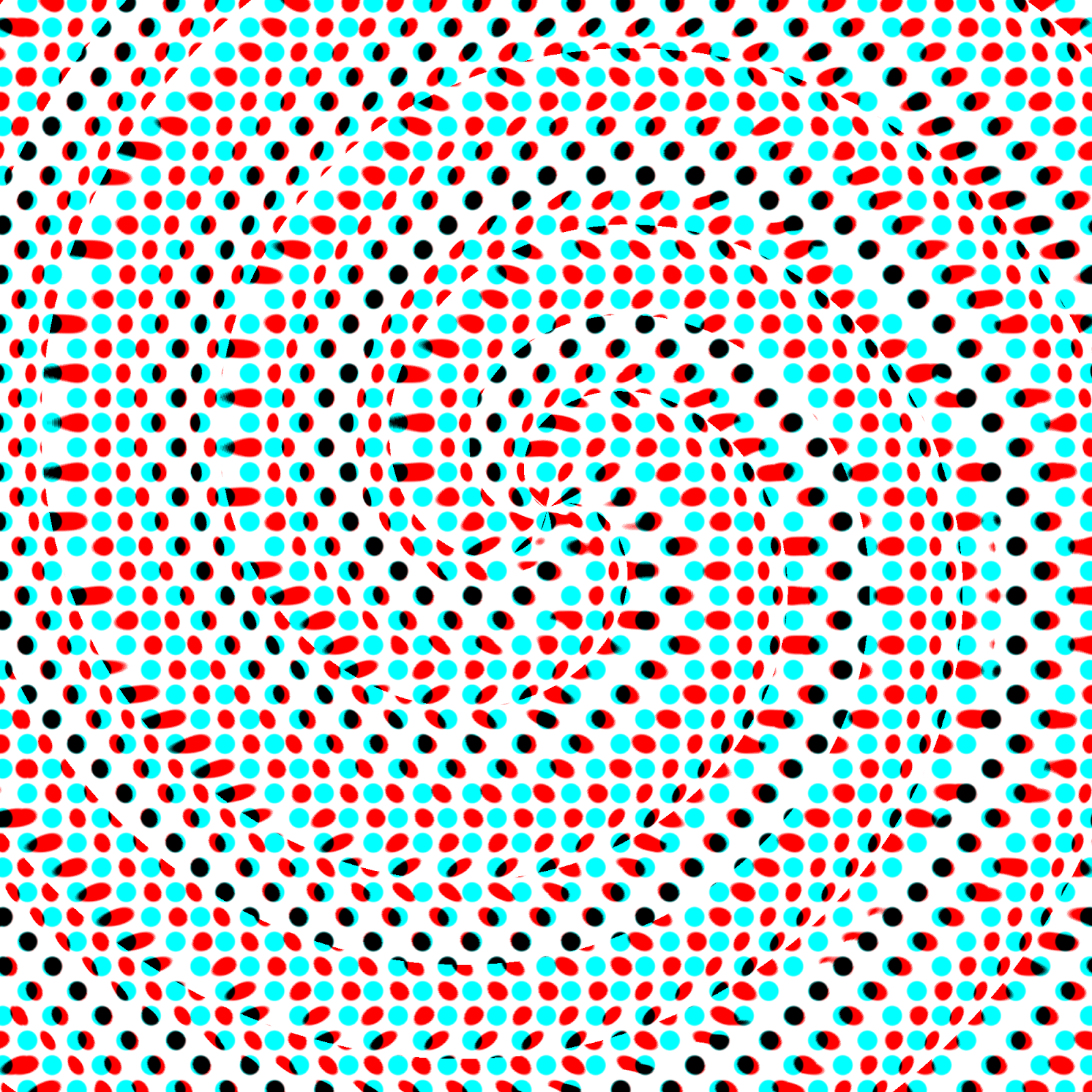 Figure 6. A “dot diagram” form to illustrate the direction and scale of the colour displacements that encode the 3D geometry. Note how local discontinuities contribute to edge perception and local distortions contribute to perception of the slope or surface normal changes. 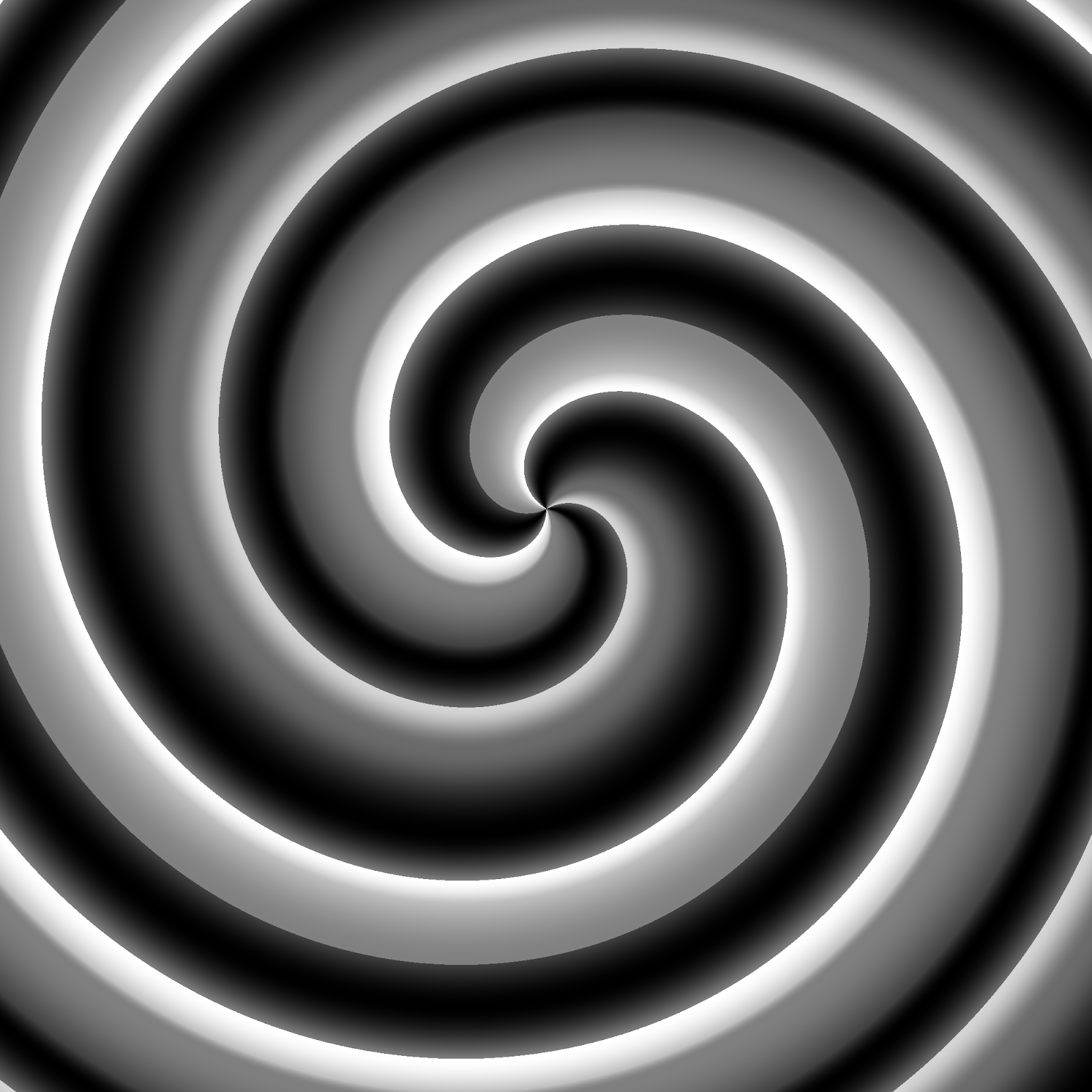 Figure 7. Depth map used to produce Figure 14, designed to enhance the demonstration of edges and continuously varying, curved, slopes within the geometry. 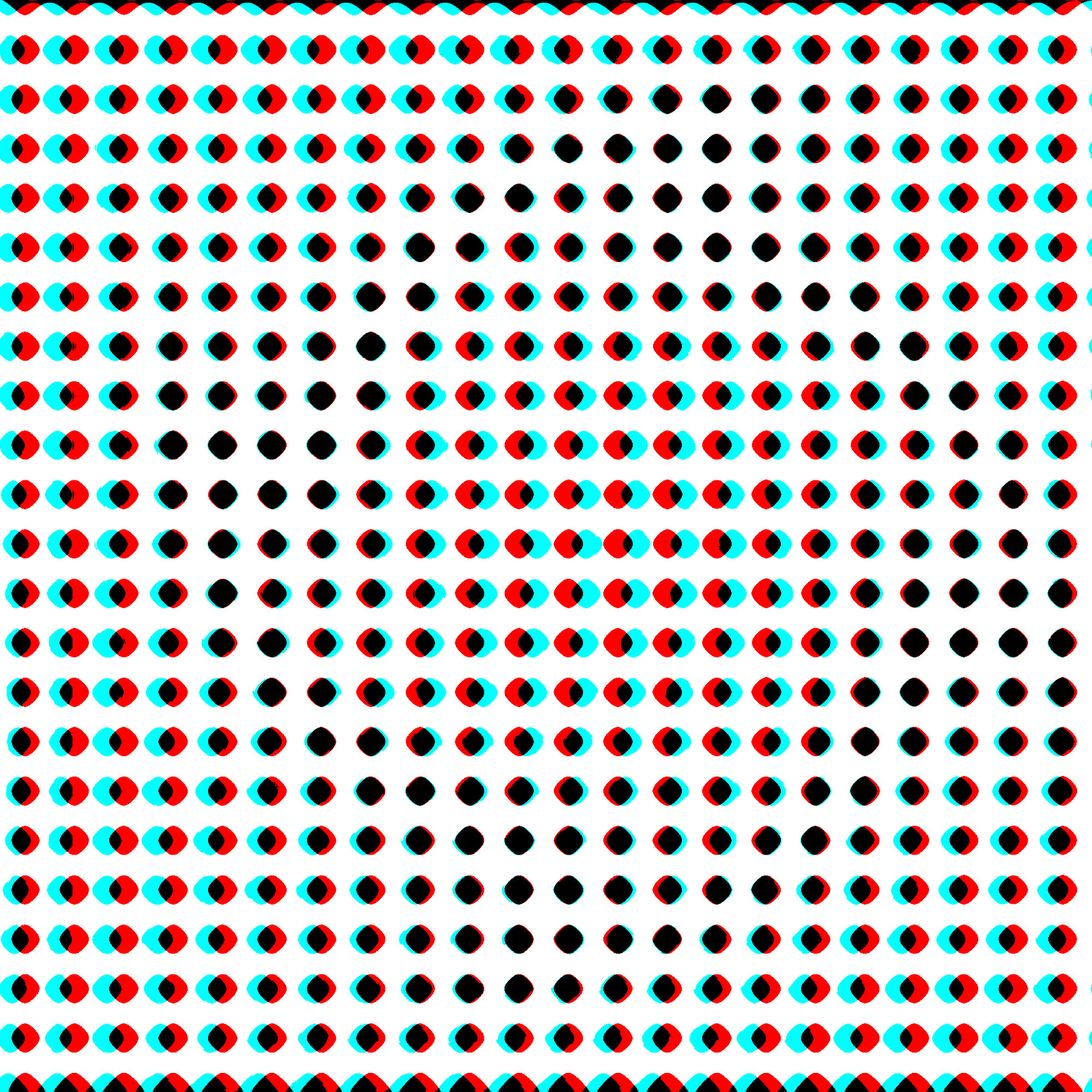 Figure 8. The Tower of Béla - In homage to Bela Julesz by Daniel Scott Matthews In “dot diagram” form to illustrate the direction and scale of the colour displacements that encode the 3D geometry. This also illustrates how fine the texture detail must be to encode sufficient spatial detail to have the shapes discernible. 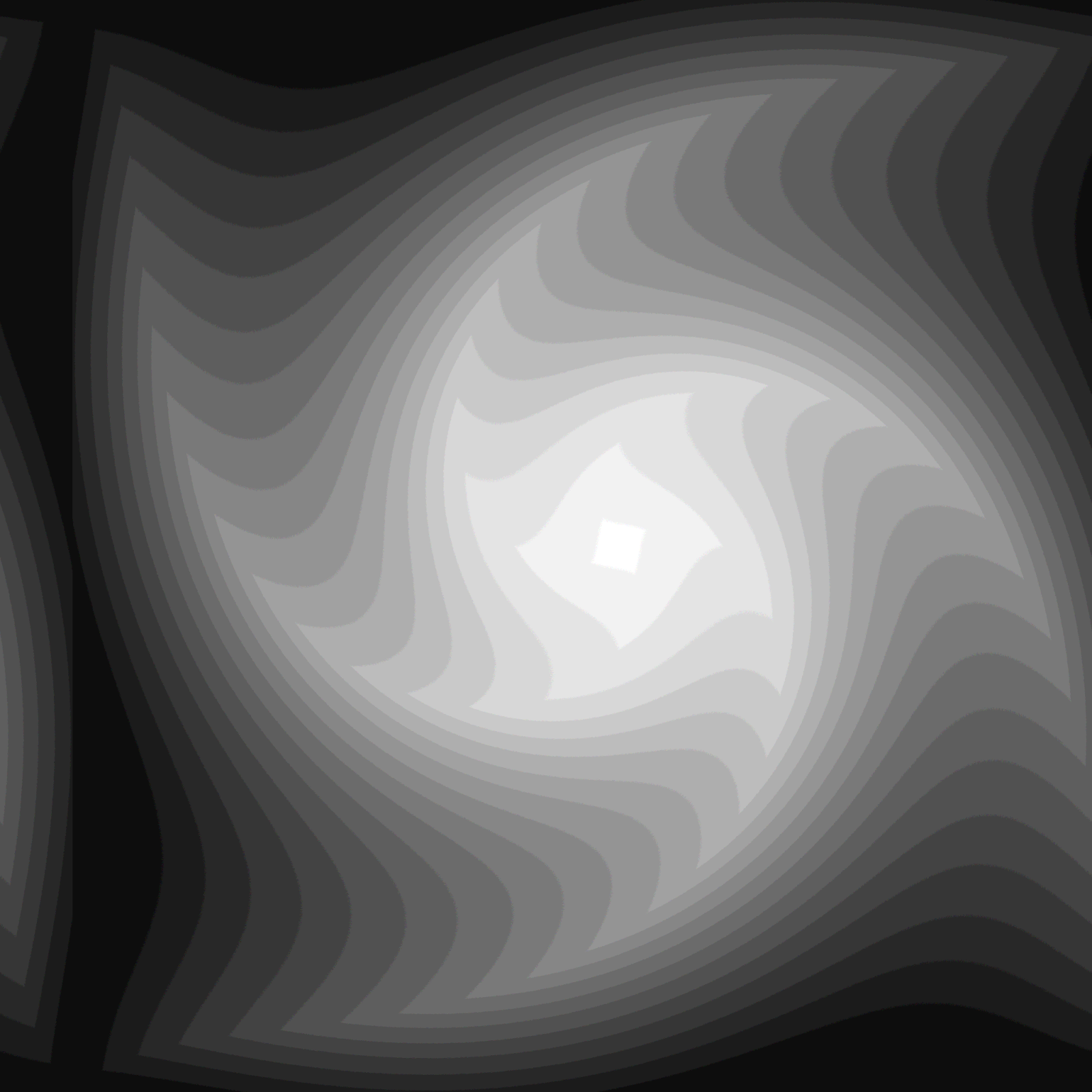 Figure 9. Depth map for “The Tower of Béla”.

This monochrome image is used to displace the texture’s red channel (RGB image). Note the offset so that the texture and the 3D form’s geometry will align in the final result as experienced by the viewer. The result is then offset again (with wrapping) in the reverse direction to produce the final image seen in Figure 1. The displacement is applied such that a luminance of 50% is treated as zero with the full range of 0% to 100 % ranging from negative to positive. This can be observed in Figure 8 as both right and left displacement of the red component of dots, the outer edges (tower base) recede into the page, have rightward displacement (<50% lum.), there is a large shape of black dots with zero displacement (50% lum.) and a central area, then the top of the tower projects from the page with leftward displacement (>50% lum.). Figure 10. The final texture that will have its red channel displaced in proportion to the luminance values in the depth map in Figure 9. 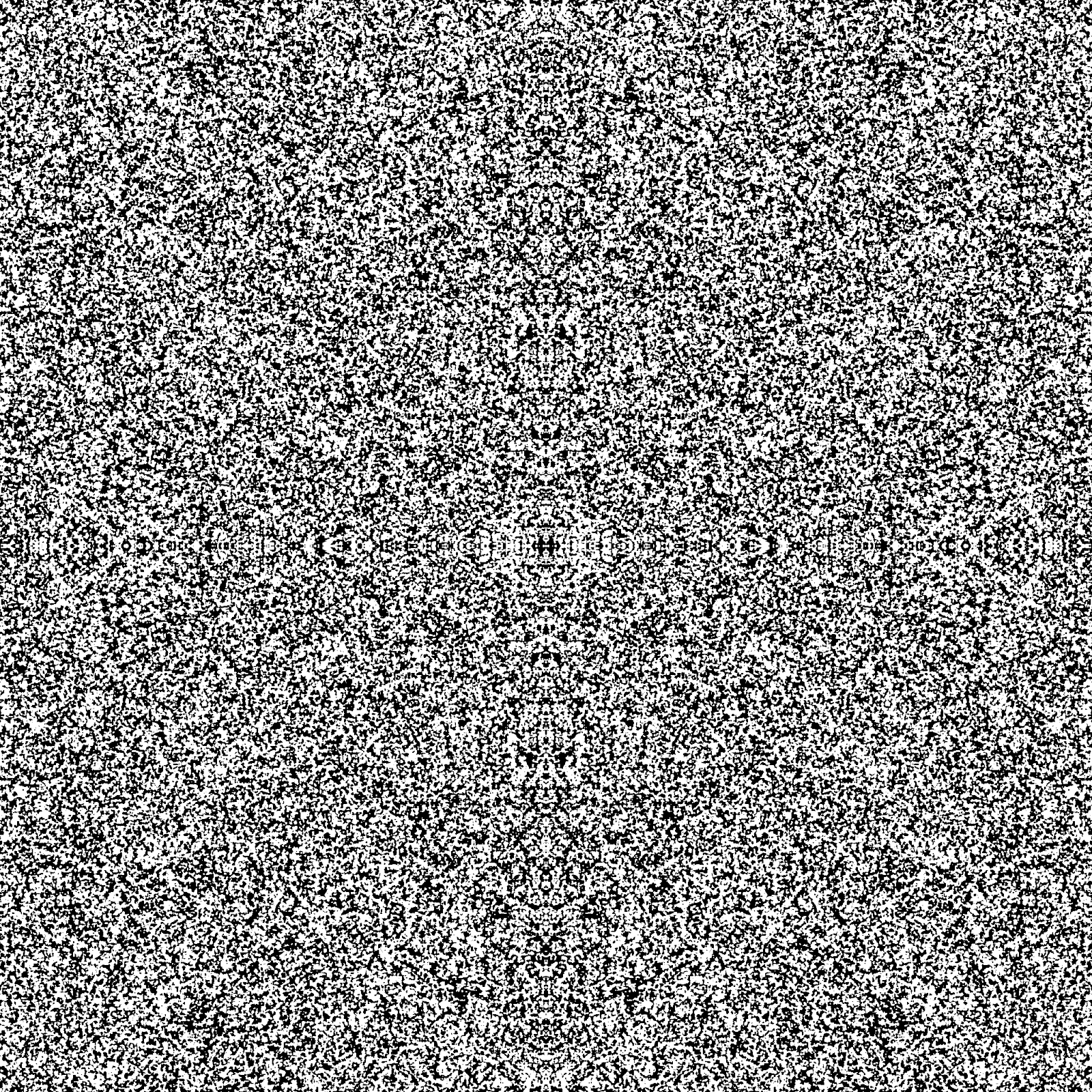 Figure 11. The starting texture and its gaussian blurred copy which are combined to form the final texture seen in figure 3. Non significant texture details at multiple spatial scales are required to optimise the 2D spatial resolution - depth resolution tradeoff. Figure 12. A wavelet decomposition of the  starting texture demonstrating the fractal nature of the texture in that it contains similar structures at different scales.

This results from the source being gaussian noise that is blurred and added to itself to form the structures at different scales. The symmetry that was chosen to enhance the tower-like subject matter is constructed by superimposing the image on itself after being flipped once on each axis. Figure 13. The Difference of Gaussians analysis of the lower frequency details from  Figure 12 highlighting the large scale structures or shapes that have their edges displaced horizontally in proportion to the values in the depth map thereby setting up discontinuities that are perceived as depth clues. 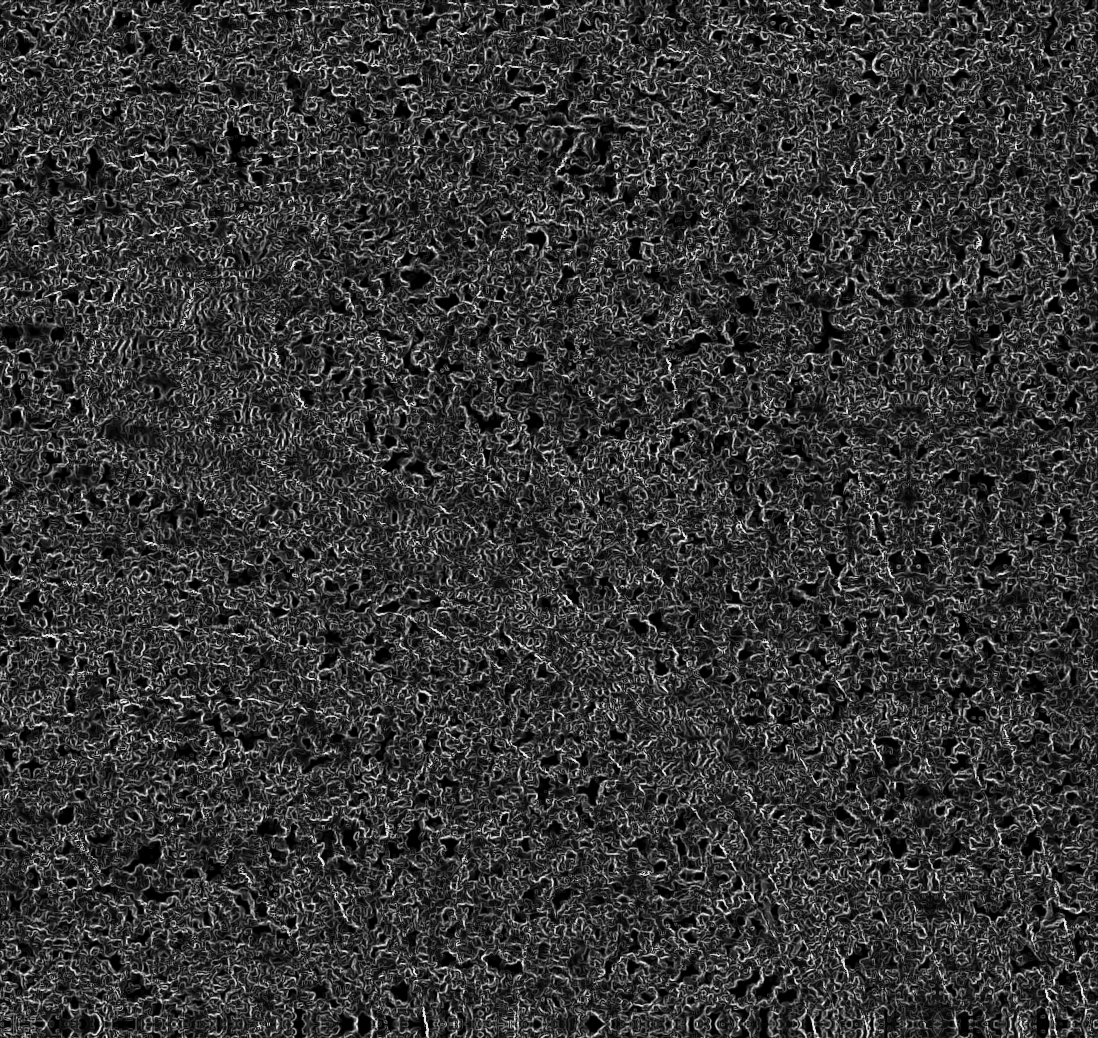 Figure 14. The gamma enhanced gradient normal of the difference between the fixed and displaced channels showing the encoding of the edge defining discontinuities that help encode the depth information. (top right hand corner only) It is these edges and the visual cortex's ability to fill in the gaps and to define shapes, subjective closure, that allows the viewer to perceive the flat planes as complete and continuous while still being textured. Figure 15. The difficult but not impossible to view anaglyph with the same depth information as Figure 1 demonstrates how regularity in the texture does not lend itself well to providing the clues needed by the visual cortex. 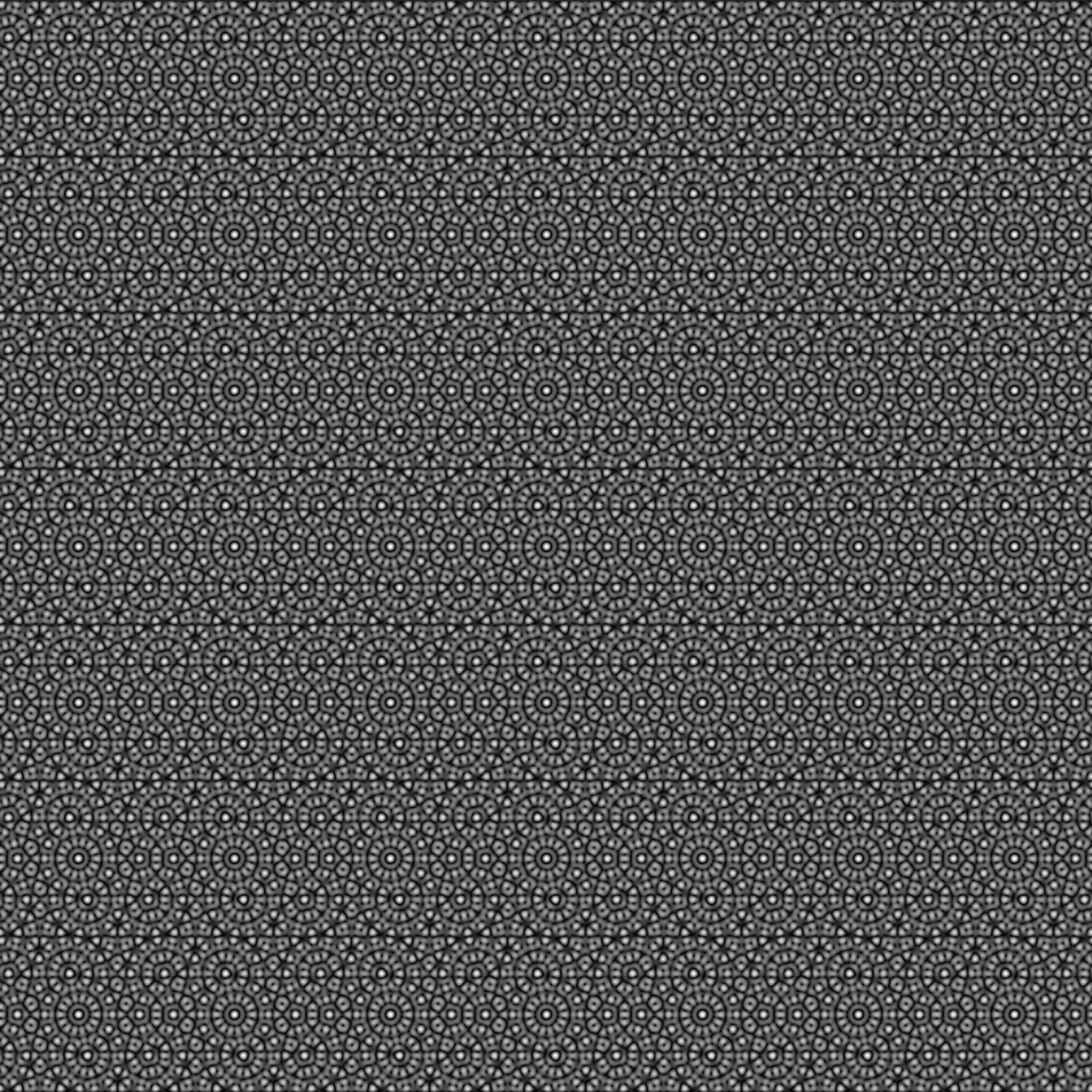 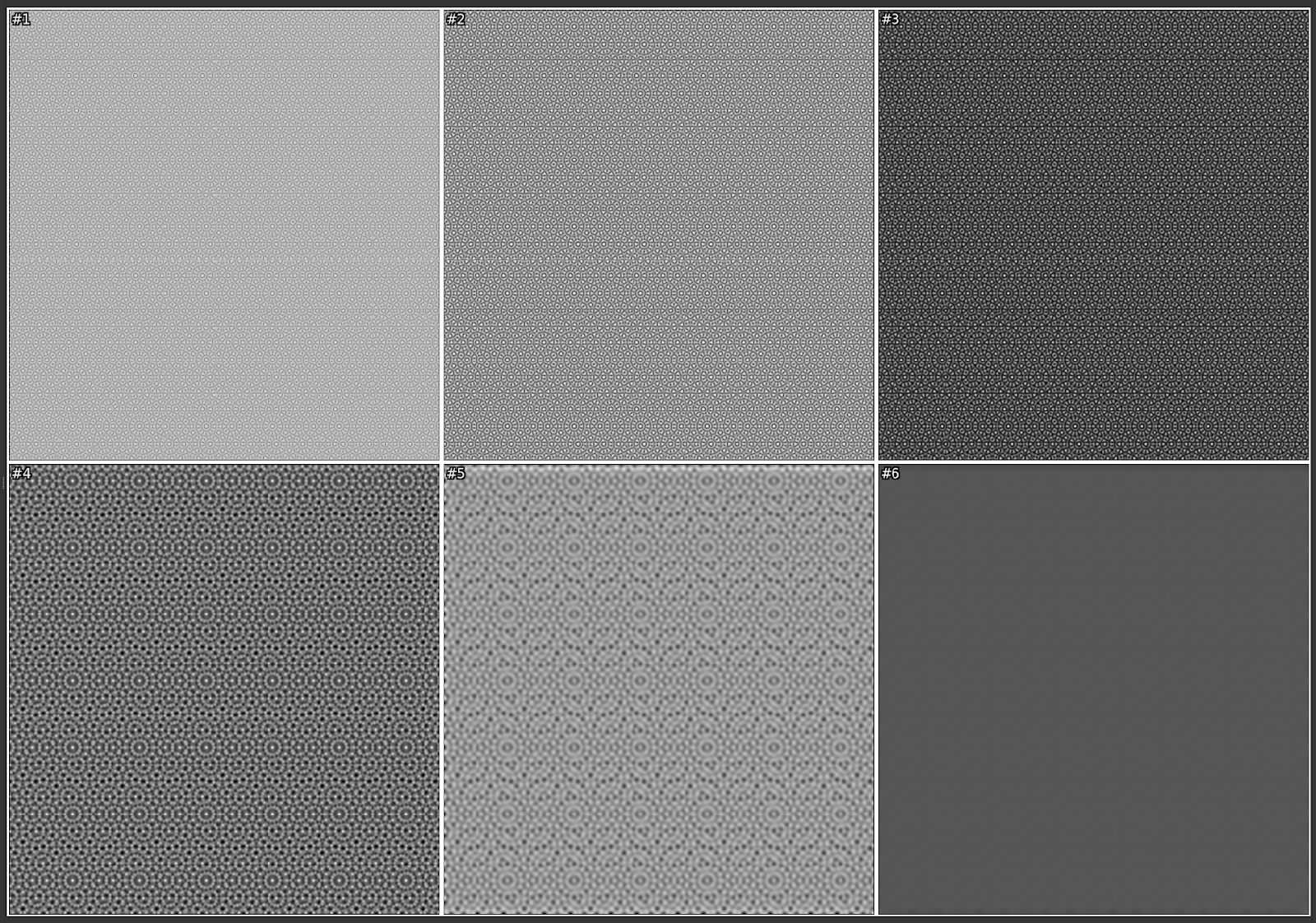 Figure 16. A wavelet decomposition of the  starting texture demonstrating the uniform structure that is patterned but does not contain similar structures at all scales. Figure 17. The much easier to view but not ideal anaglyph with the same depth information as Figure 1 demonstrating how fractal detail in the texture lends itself well to providing the clues needed by the visual cortex. 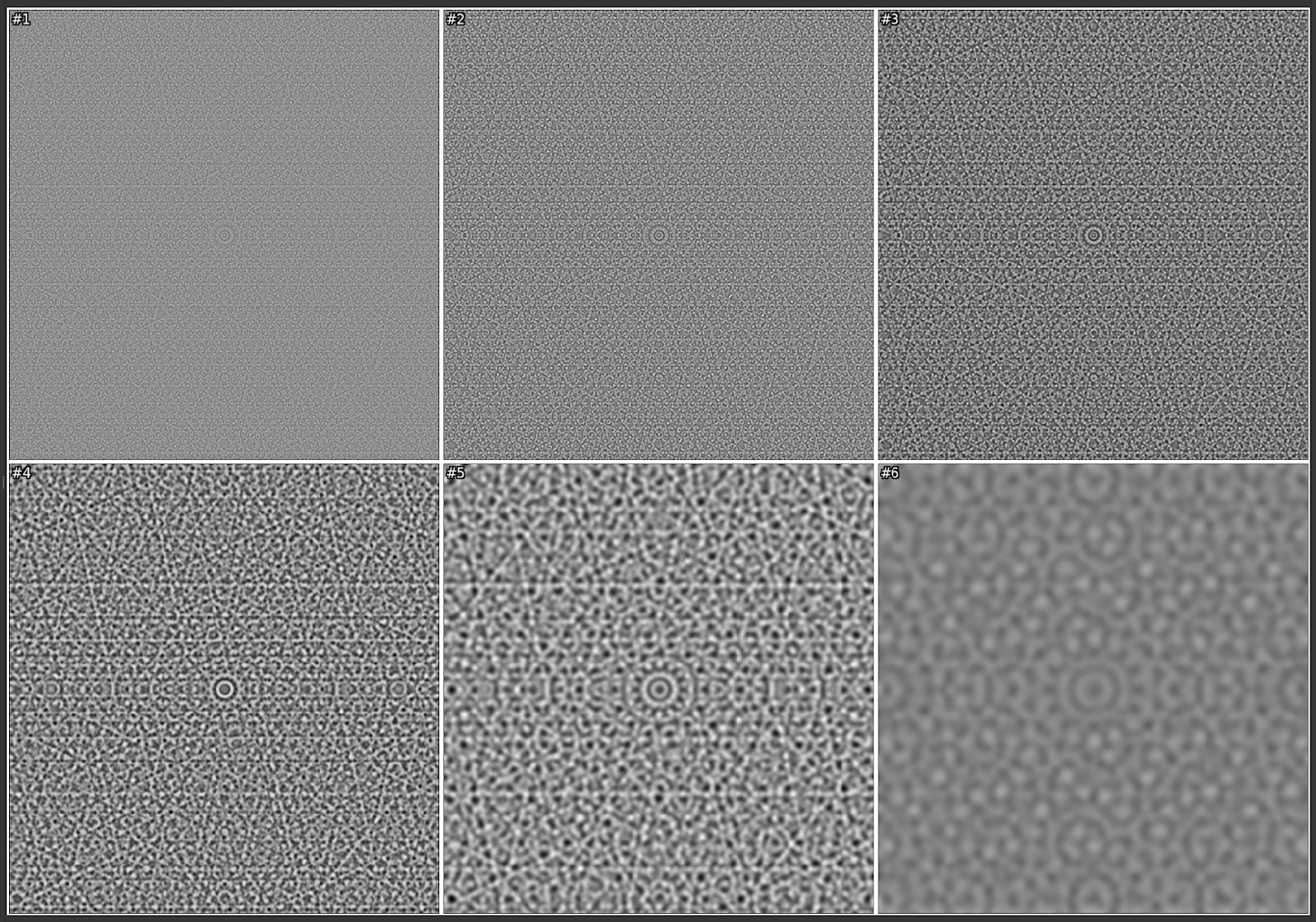 Figure 18. A wavelet decomposition of the  derived (scaled and merged copies) texture demonstrating the fractal nature of the texture in that it contains similar structures at different scales. 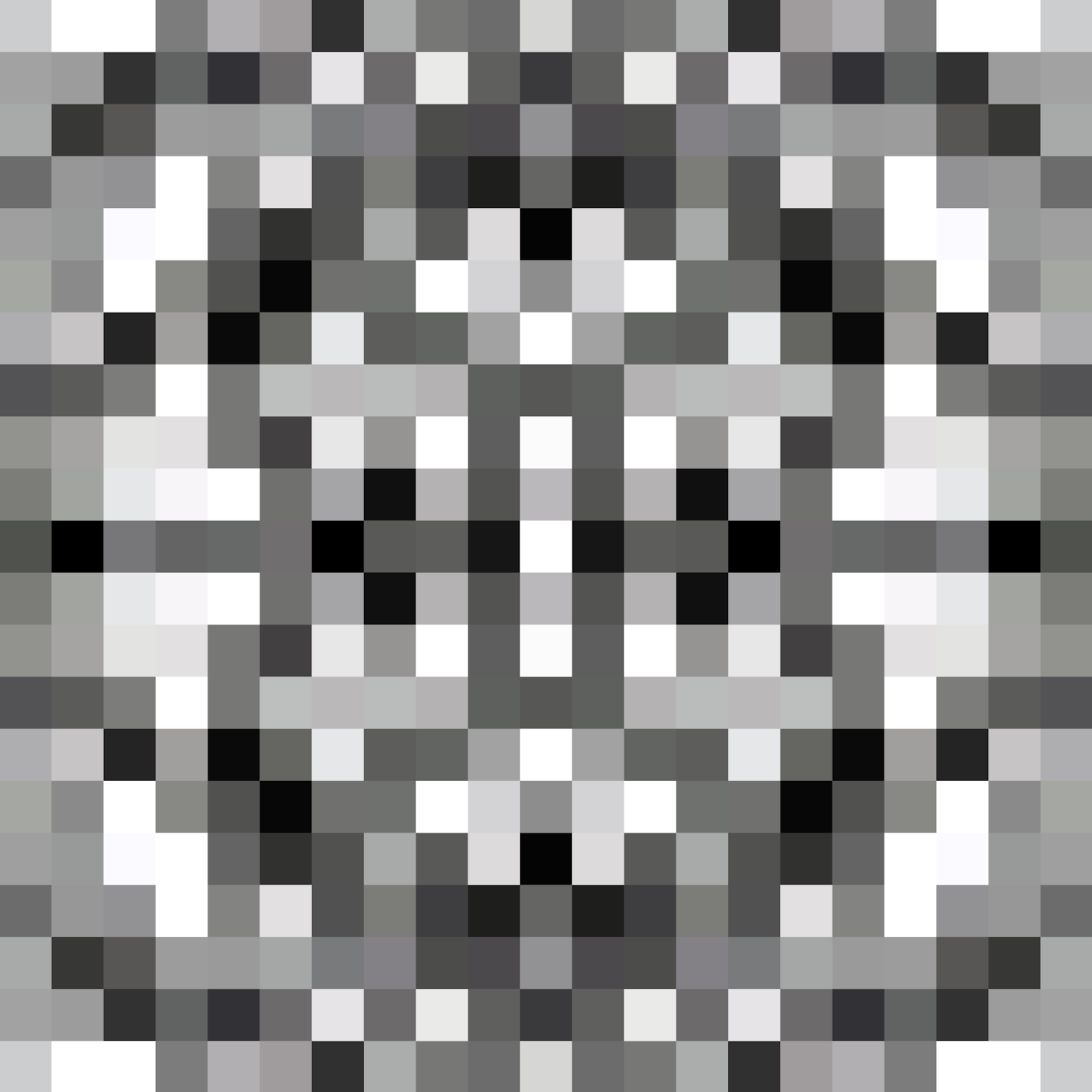 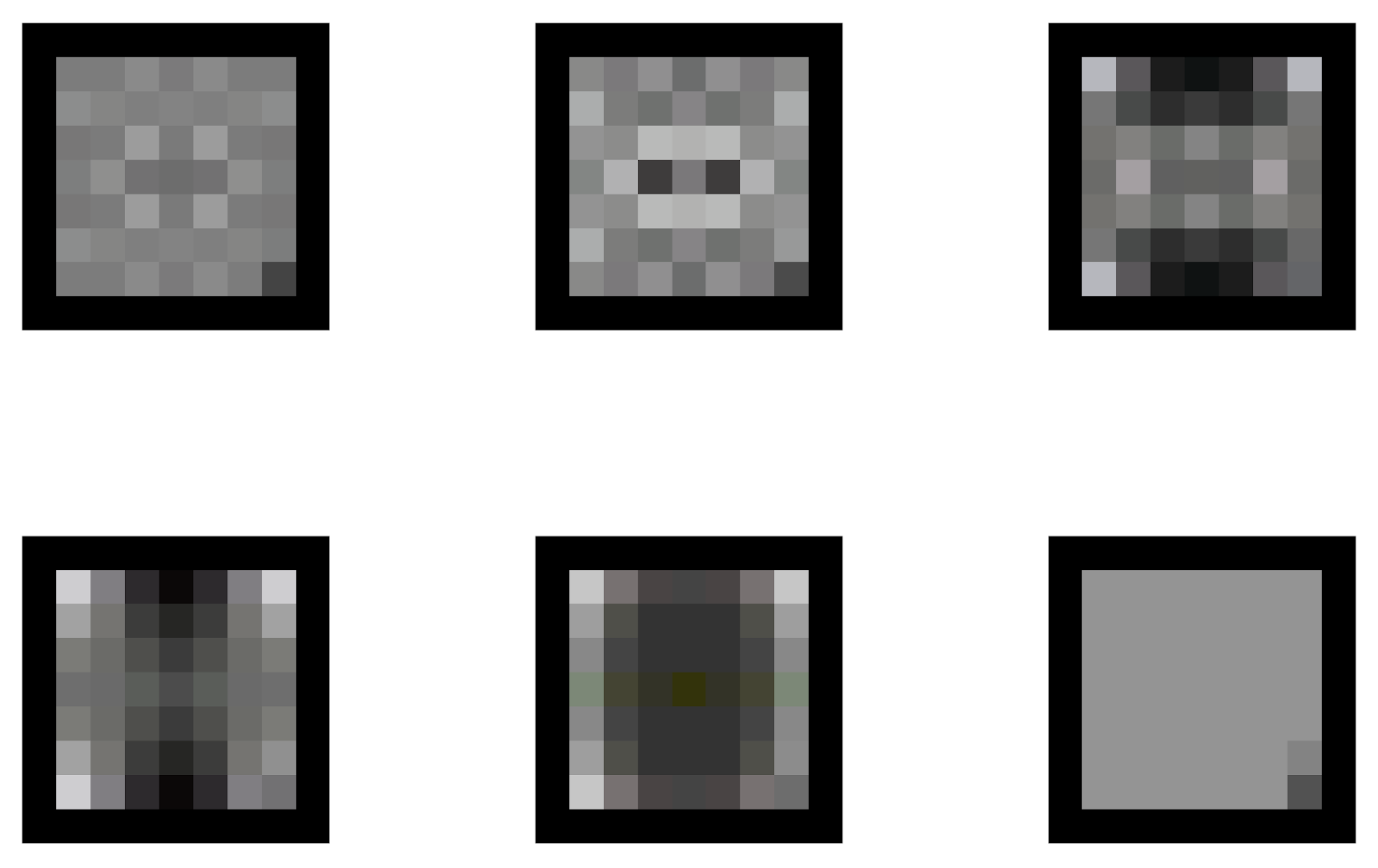 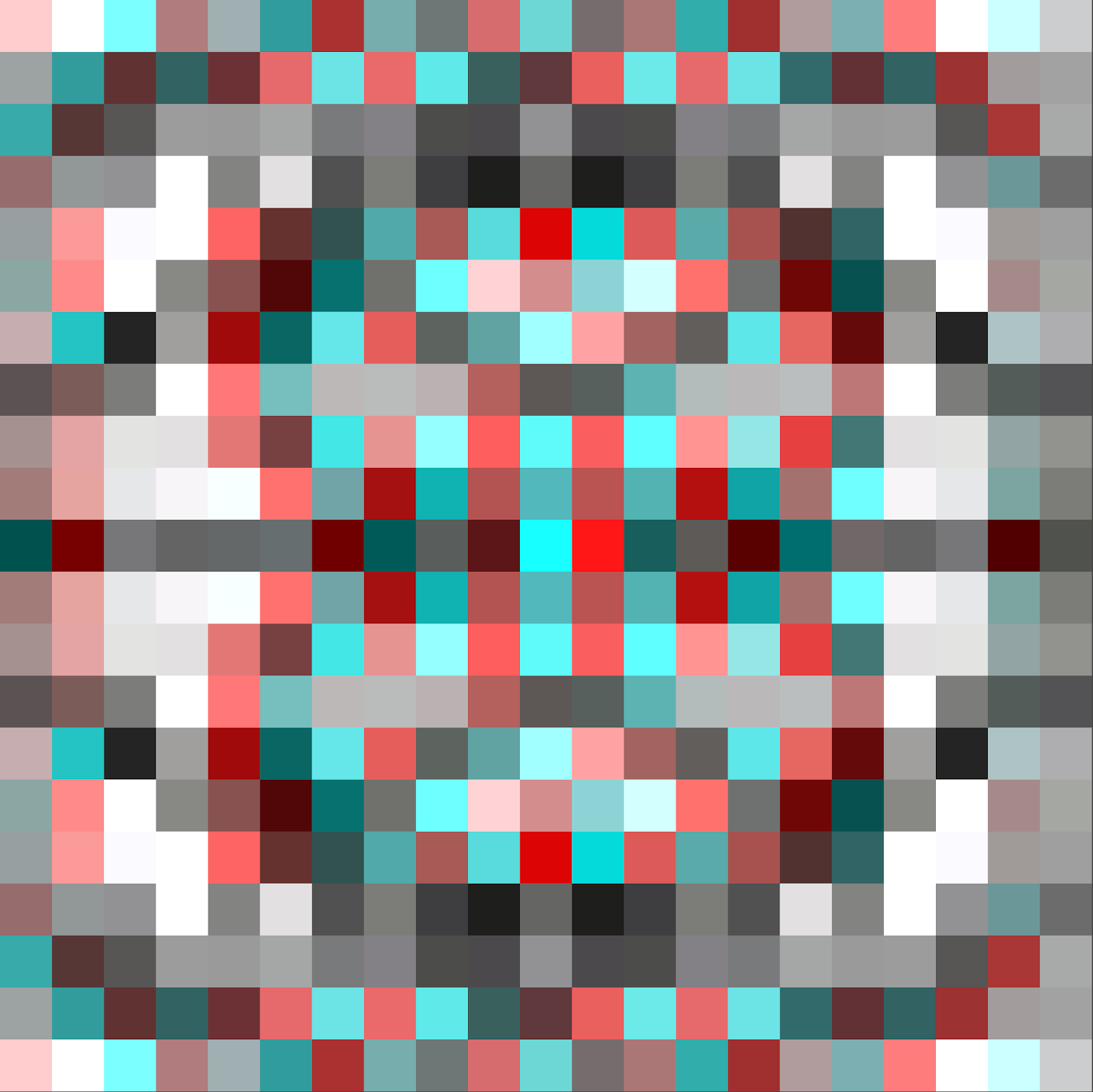 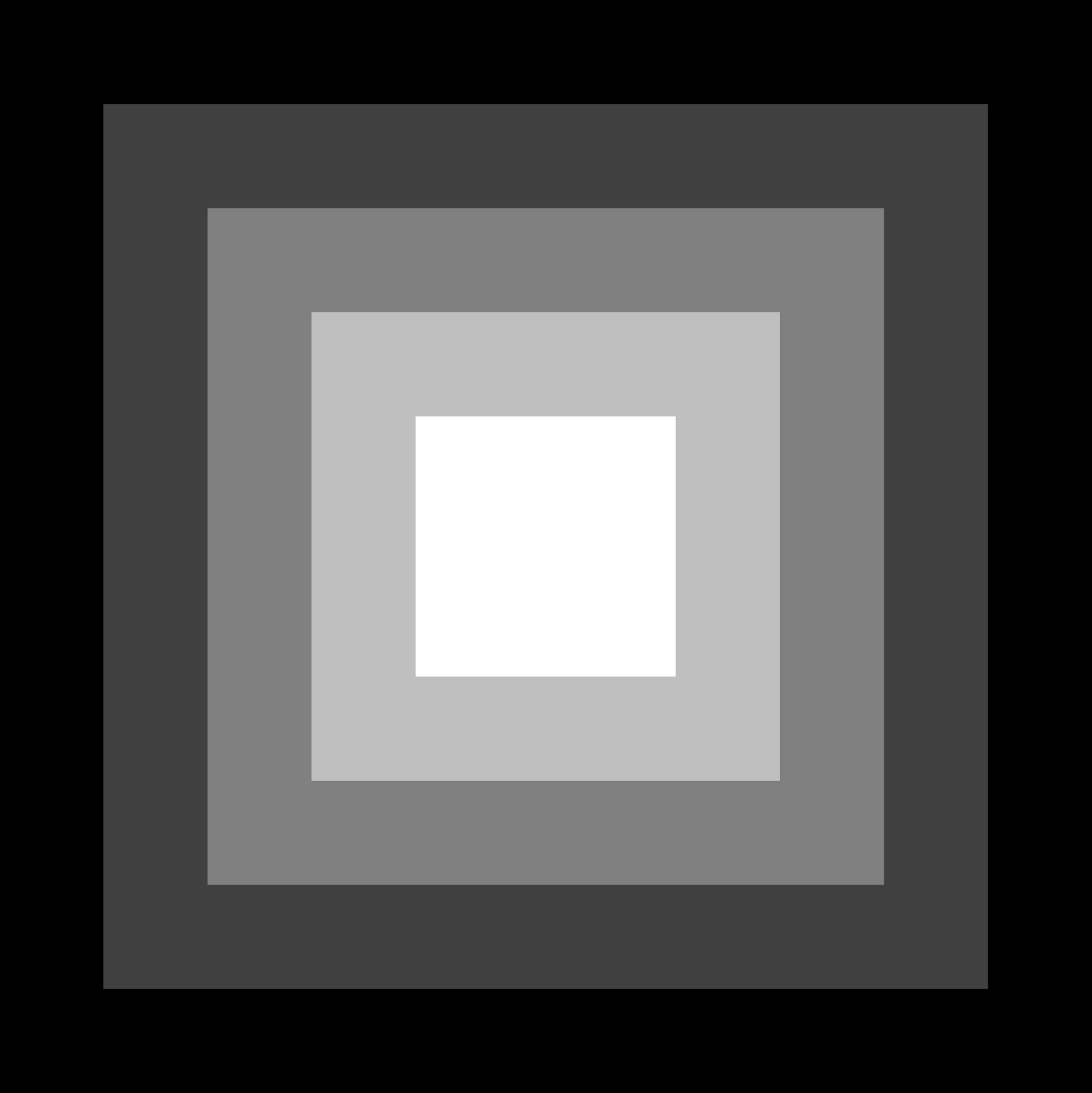 Figure 20. The Anaglyph and its depth map generated from the random symmetrical texture in Figure 19.

Putting all that we have learned about technique toward the cause of creating Fine Art, harnessing method to express meaning. This work encodes the greatest meaning for me as it represents the intersection of Zen Buddhist, Hindu, Western Christian and scientific philosophy. The Ensō symbolizes absolute enlightenment, the sequence of them represents daily practice, movement toward enlightenment. The fact that every second ensō travels in the opposite direction represents a unique aspect of human perception, that we understand right and left handedness and so it references stereo vision and how the brain can integrate two views into a singular perception. The light radiating out from the center of the image represents the Hindu Ātman  and also the intersection of all that is compatible across the world's religions and philosophies, with the cross like rays hinting at Christian Enlightenment. The fact that the image is generated from a fourier analysis (The lens of science) of itself references how the universe itself, not to mention the human mind, emerges from itself. The ensō brush stroke in the image also represents the dark matter which is thought to shepard the galaxy and allow for the gravitational forces to coalesce matter into stars and therefore life and consciousness. Figure 22. Max Clarity by Daniel Scott Matthews 2020
This artwork uses the insights documented above to produce a very different sort of anaglyph art, one that maximises the spatial resolution in all dimensions with no attempt at concealing the 3D form. The regular yet random Truchet tiling established a plane deep inside the stereographic space with all of the content projected in front of it. The title is a play on words in that it speaks of clarity of vision as well as of mind with the contour lines that reenforce the former radiating out from the area of the forehead associated with the frontal lobes, the right frontal lobe having a role in one’s planning ability (use of method), and sense of humor.

Popular posts from this blog

April 02, 2020
COVID-19 Solution - Changing the rules of the game of life. Please evaluate and disseminate this information as widely as possible. The COVID-19 virus is, in abstraction, just a finite automata propagating through a substrate and that substrate is humanity, most mitigation efforts center around futile attempts to partition off parts of the substrate, other more effective but risky strategies involve modifying the behavior of the substrate to make it hostile to the virus. Great work guys but you got lost in the details and missed something very obvious. Make humanity just a small part of the substrate and make most of it incapable of replicating the virus. So how can we do that? Genetically engineer a lactobacillus bacteria that is ubiquitous in the environment and on human mucosa so that the bacteria expresses the ACE2 (or any other required viral target!) gene so that the virus attempts to merge with the bacteria as if it was a human cell. The bacteria will however be engin
44 comments
Read more